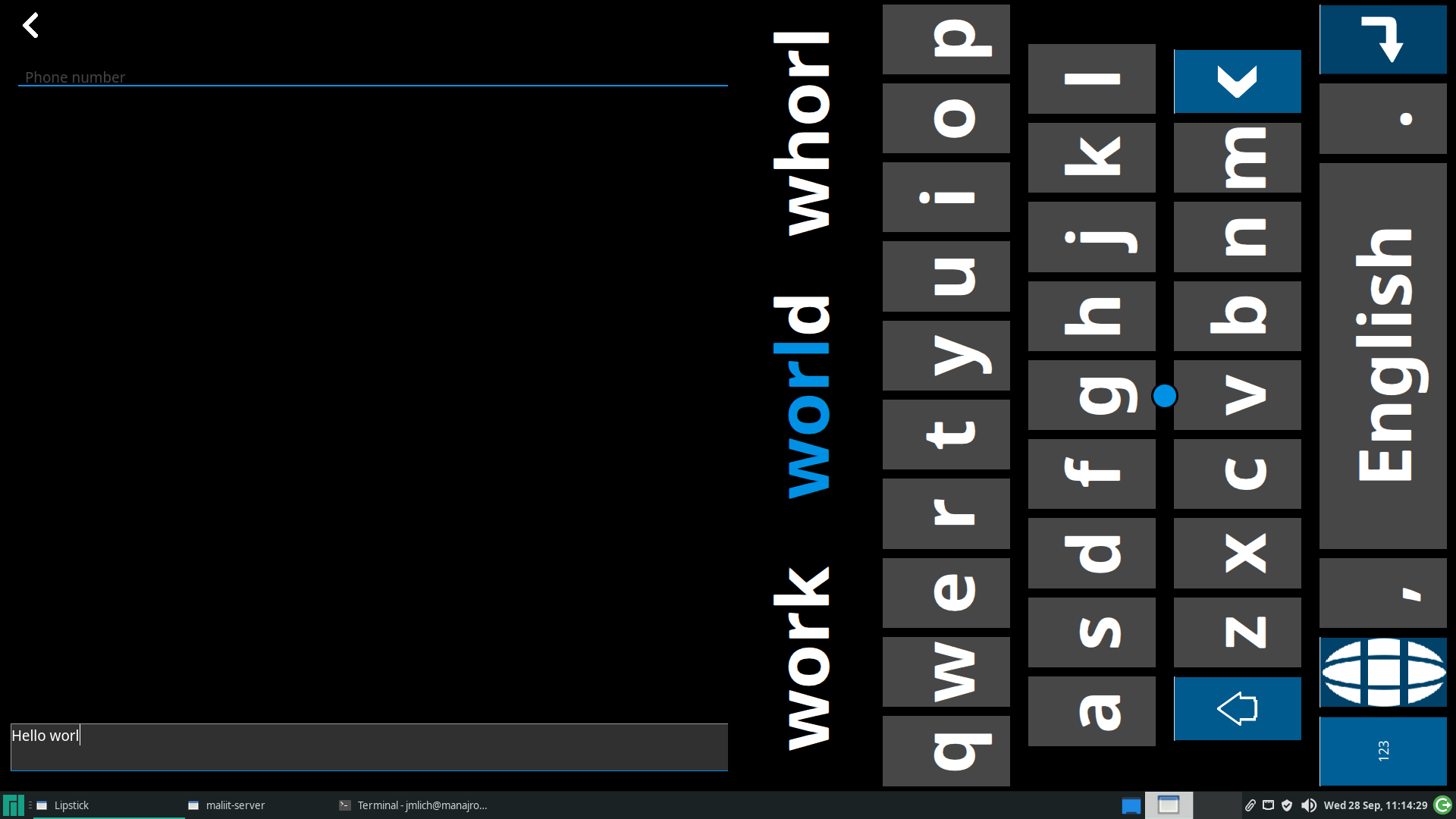 We are looking for a postmarketOS maintainer. There have been fixes for development with QtQuickControls Nemo for the desktop environment. Development continues in glacier-music in a separate branch. The keyboard with prediction packages is compiling on Manjaro. We have selected our code style to be the same as for Webkit.

Qt Quick Controls Nemo is usable for development on the desktop again. The application will always have a portrait orientation on the desktop. The following command could be used to switch into the desktop mode glacierconfig -d enable.

The ListViewItemWithAction now allows the definition of the icon independently. This allows the use of colorized icons or to turn off the shader effect if needed.

Presage is a prediction module used in the Nemo maliit plugin. It had some issues with compilation in Manjaro with -Werror=format-security the compiler flag. The corresponding code was fixed also upstream.

This is bad news indeed. PostmarketOS doesn’t ship Glacier UI anymore. PureTryOut asked for help to fix an issue with starting lipstick, but we haven’t managed to find out what is causing it. After some time he removed it from postmarketOS repositories.

I’m officially going to drop Glacier from postmarketOS due to me not being interested in maintaining it any longer, and it has been broken for ages with no clear cause (other than it being something in Lipstick).

The code is still around and you can still pick up the thrown gauntlet and start maintaining it.

The music application got another big rework recently. It is still developed in a separate branch. The covers should work better. The code is cleaner and could be reused easier. Some parts were placed in separate modules.

The code style is often a topic of flame wars on the internet. Some people prefer space before asterisk others vice versa. We have decided to use WebKit formatting as the only possible option. The format is checked by github actions. We might include also github actions with qmllint or qmlformat. Is there something working and easy to include?