Drag and drop in application launcher

Application launcher drag zone size was computed in Component.onCompleted: probably before the window was created. As result it has strange size. The fix was to use property binding and recompute the value when size changes. And it is already merged.

The Nemomobile brings own set of graphical components, which are widely used in Nemo’s native applications. The components can be easily used by inserting following import QtQuick.Controls.Nemo 1.0. You may recognize font awesome icons which are nicely integrated into library by the way.

The drawer component is used for making of menu integrated for each Page. It was somehow working in portrait mode, but the landscape mode was obviously broken. I am not sure about explanation of the problem. Currently, I think it was circle binding loop which was causing incorrect dimension of component. 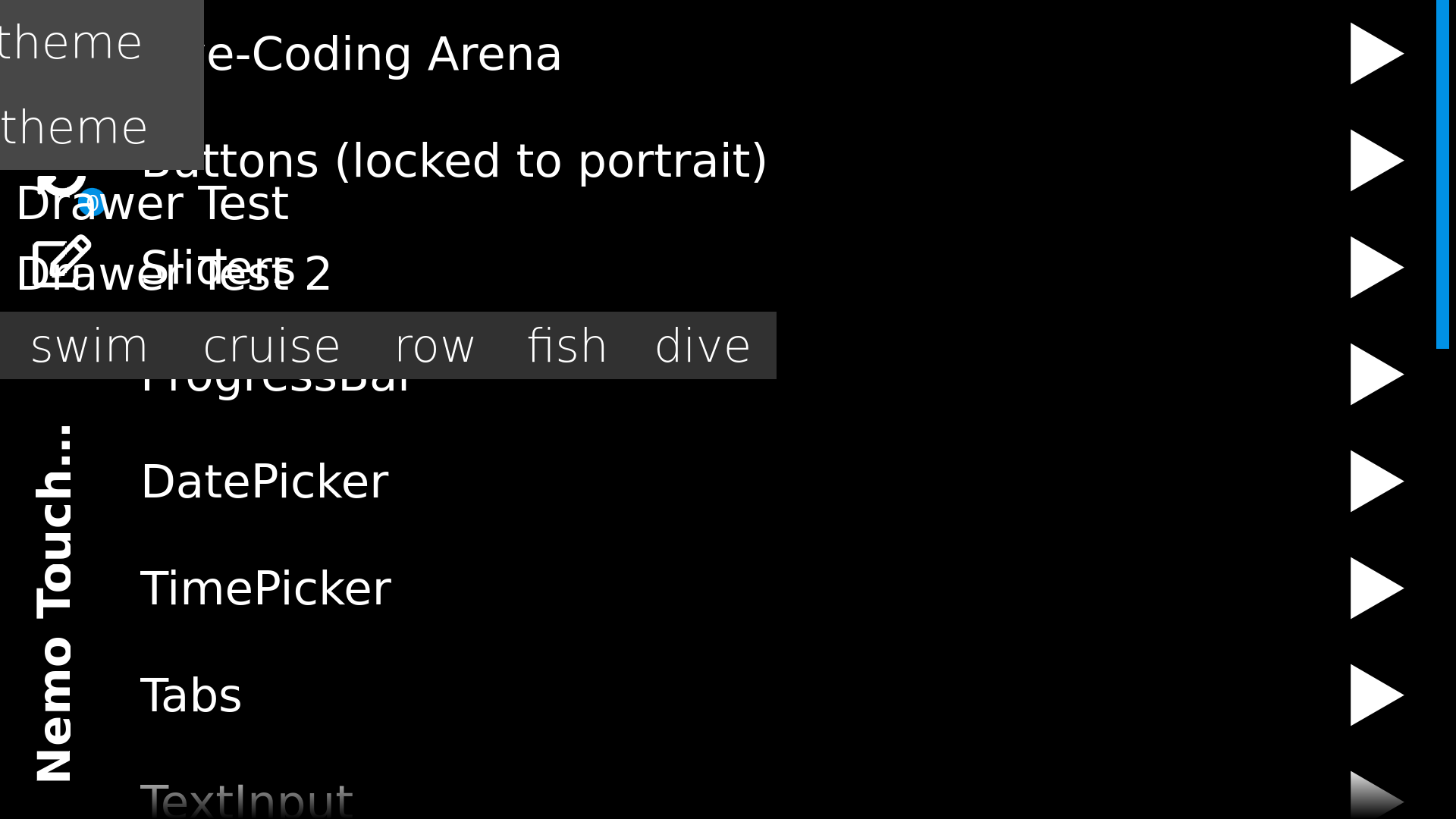 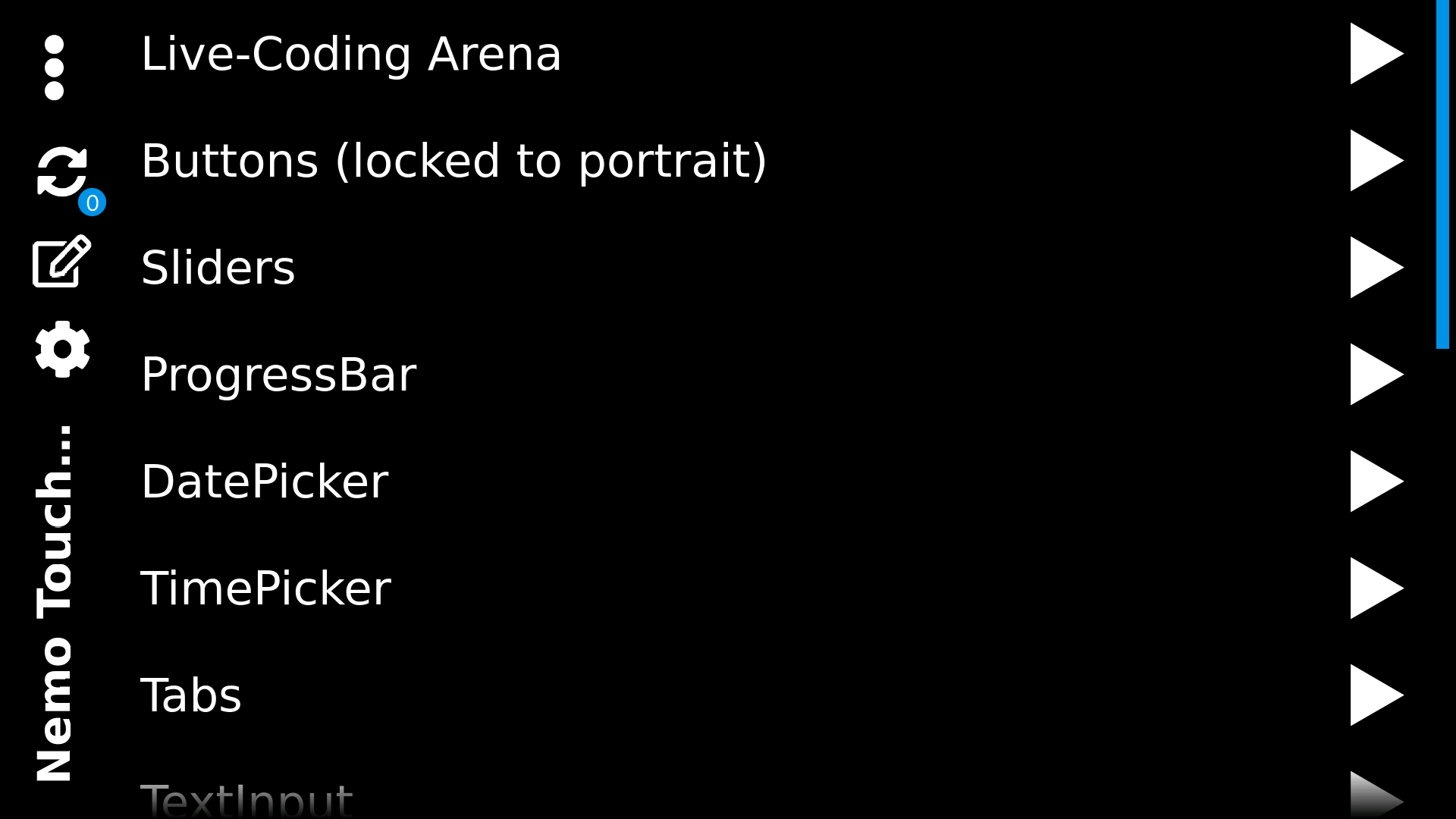 Drawer in glacier-components showcase app before and after fix

I think it is related also to portrait bug which was causing scrolling issue:

I know which items are cut off because you can pull down on the Settings screen to see them, but you cannot select them because as soon as you lift your finger, the screen bounces back to its prior state. — Brad Linder

The NemoIcon is an image, which suppose use font-awesome icon. It contains ShaderEffect which changes color of the icon according to selected theme. This behavior is not intended for photos and should be turned off in glacier-contacts by iconColorized property.

The glacier-gallery wasn’t working at all. First, I have recompiled it with qtdocgallery with disabled tracker. Then I have tried to compile it together, but the compatibility with c++ was broken. I was about to make a fix for that, but later that day, I have found that the fix is already in master. Unfortunately not released yet I suggest to workaround it in qtdocgallery rather then repackaging tracker. Then I was trying to fix qtdocgallery, but it was total disaster. Its complexity is scary. Luckily, the SailfishOS guys did that tremendous job.

With that fix I was able to start work on adoption of it into glacier-gallery. The progress could be seen on video. The qtdocgallery is generating SPARQL queries to get data from tracker. Unfortunately, the complexity of tracker scheme leads to (complexity of query generator)². Therefore it is currently not possible to reach all data by single query which would include filtering and sorting. In the end are created two models. First for Pictures and second for Videos. They are merged together in QML. The pull request contains that merge and many minor changes. Fixes are welcome.

Same as MeeGo and SailfishOS, the Nemomobile is trying to boost apps. It means, it is preloading whole application or some its parts into memory to accelerate startup of application. Some of them must be running in background anyway. For example the dialer must be running to be able answer phone call.

This is done in /usr/share/applications/*.desktop files with two techniques. First, invoker application is used. Second, X-Maemo-Service and X-Maemo-Method entries describes DBus interface to bring the application to foreground when needed.

It seems the booster for Nemomobile wasn’t packaged into manjaro yet and the glacier-dialer was referring to its previous name.

Nemo already have glacier-browser application which is using QtWebkit, which was deprecated in Qt 5.6 and replaced by QtWebEngine. The WebEngineView is overlapped by historySearch ListView and doesn’t accept mouse click event.

The nemo have glacier-mail, but it is not packaged in Manjaro version of Nemo yet. There is a dependency on nemo-qml-plugin-email which not packaged yet as well. I am not sure if it is planned to use that qml-plugin or migrate to different backend.

There are many map and navigation apps around there. Martin Kolman was working on modRana which was compatible with Maemo, MeeGo, Sailfish, Fedora Linux. This family could be probably extended more less easily with Nemo. Pure-maps is also QML based application which supports also different QtQuick bases and good candidate to be part of Nemo.

There are a lot of other applications which would be great to package. Some of them is already in Manjaro. For example Midori web browser, which cannot be used because keyboard isn’t shown when needed. Support of Anbox and Flatpak would open large scale of applications. It is definitely something to be discovered yet.